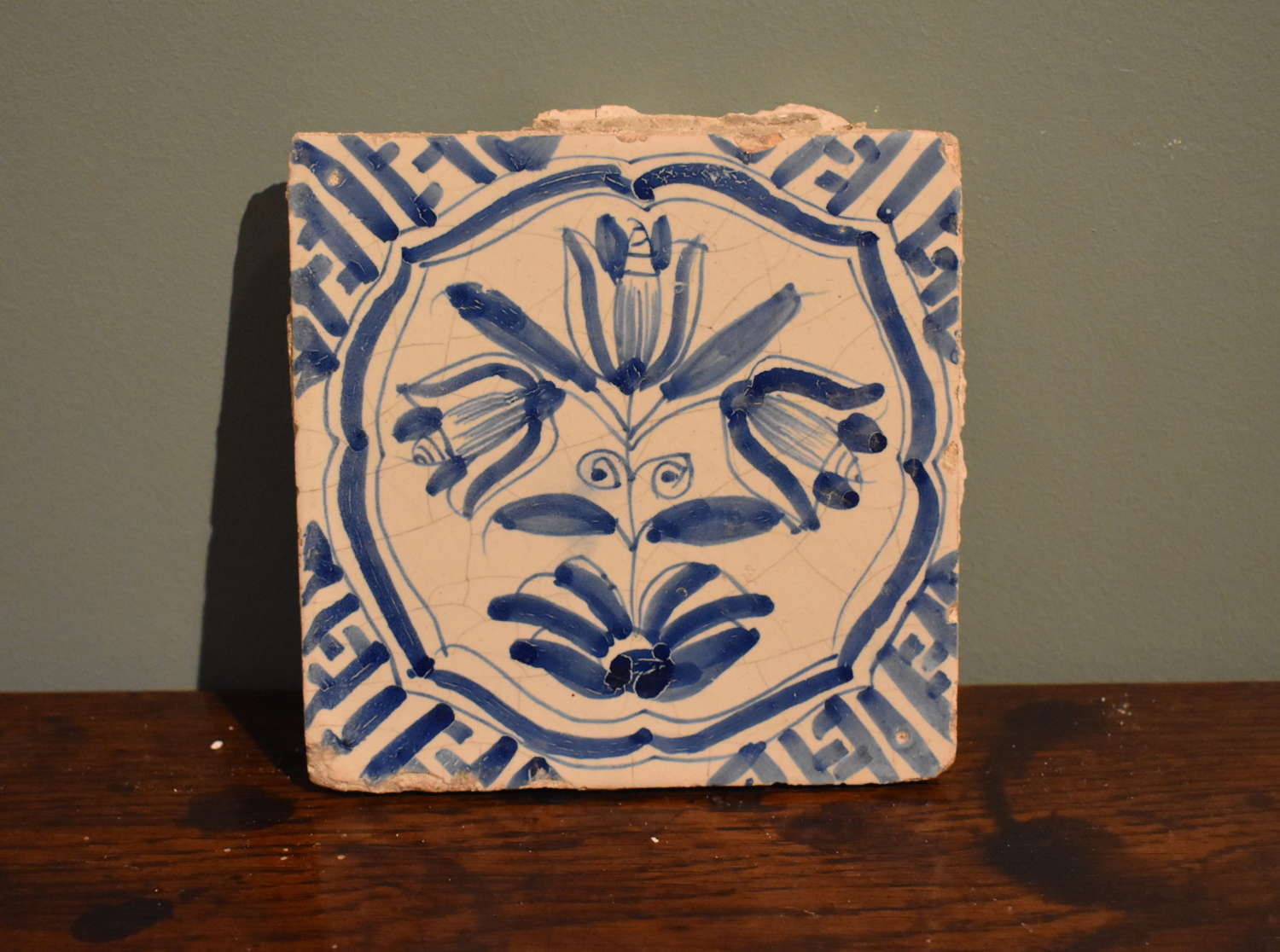 A classic 17th century Dutch Delft blue and white tulip 'Accolade' tile, the name given to the accolade motif surrounding the central image. The  tile, with Wanli corner motifs, was popular in the second quarter of the 17th century and was influenced by Oriental designs.  Dutch.  Circa 1640.

Condition: the tile is in good condition with minor chips to the lower left corner commensurate with age (as shown). There is a layer of cement attached to the back of the tile which doesn't detract from the front but could possibly be improved. 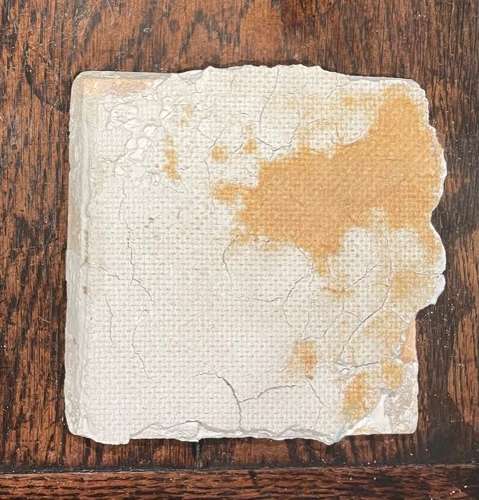 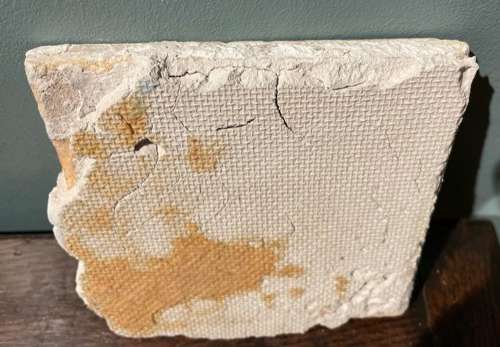