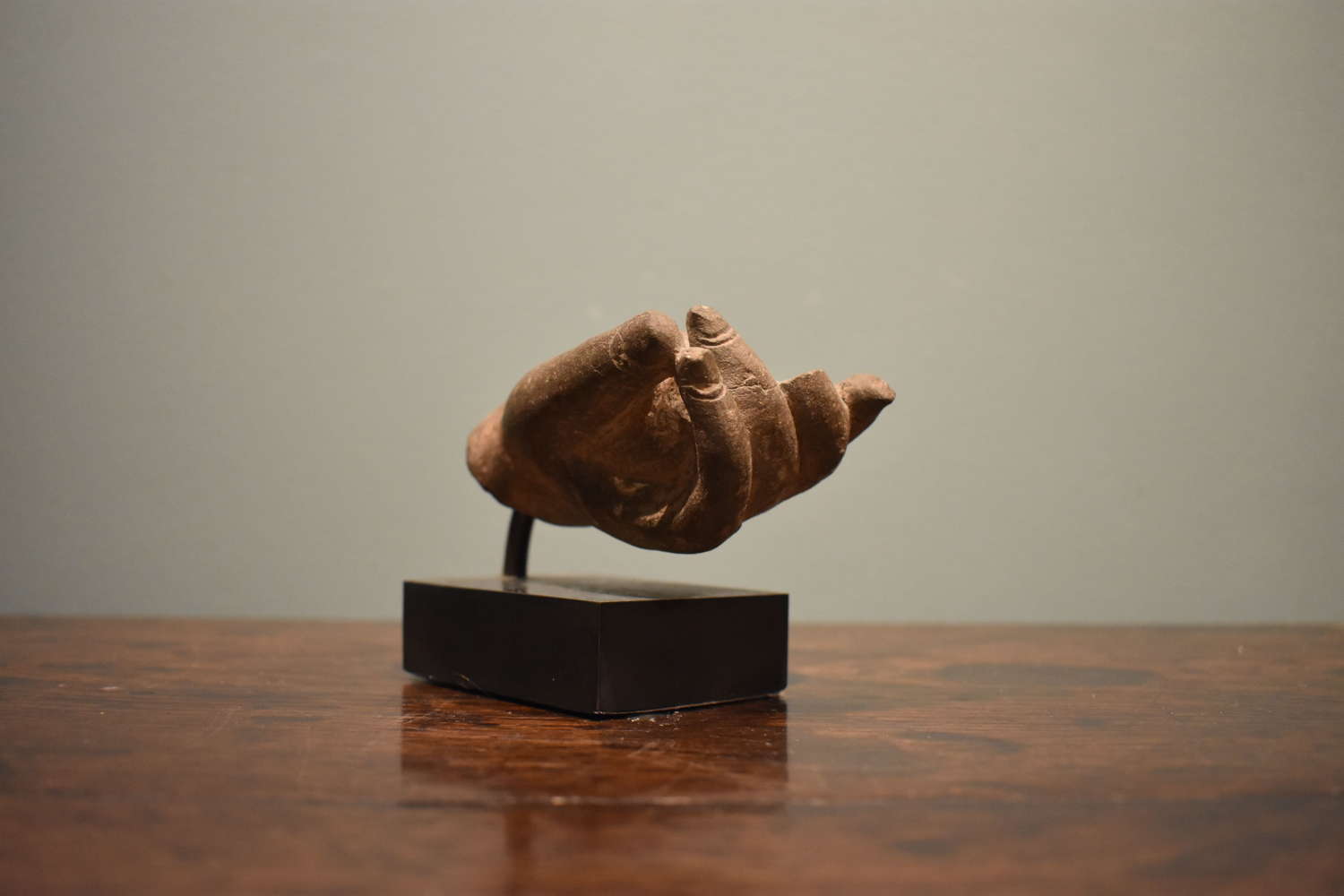 Dating from the 4th-6th century AD, a sensitively rendered fragment of a Gupta stone carving; a hand holding a ball symbolising wealth and prosperity.  The sculpture is mounted on a contemporary stand.

The Gupta period (4th to 6th century) is noted as a time during which the quintessential Buddha image was created, becoming an iconic form which was disseminated and copied throughout the Asian Buddhist world.

Condition: Damage to the ring finger as shown. 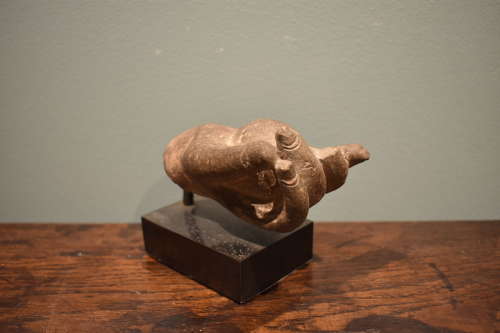 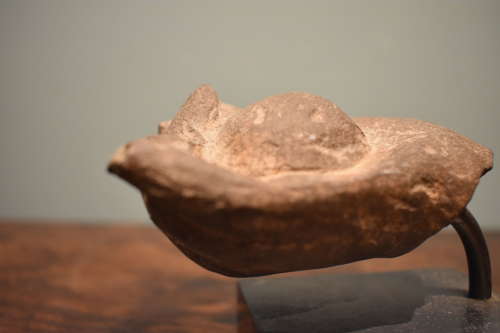 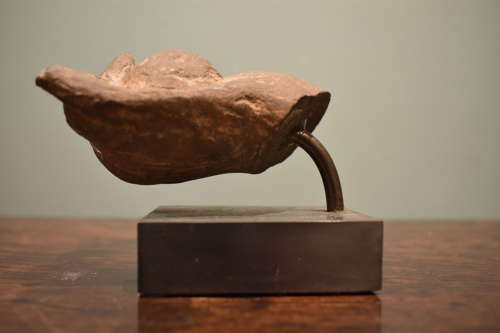 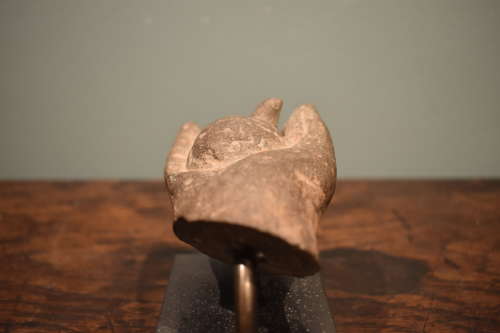 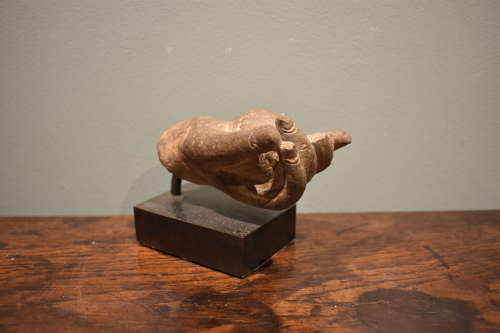 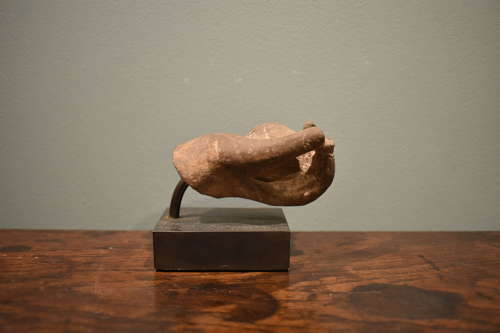