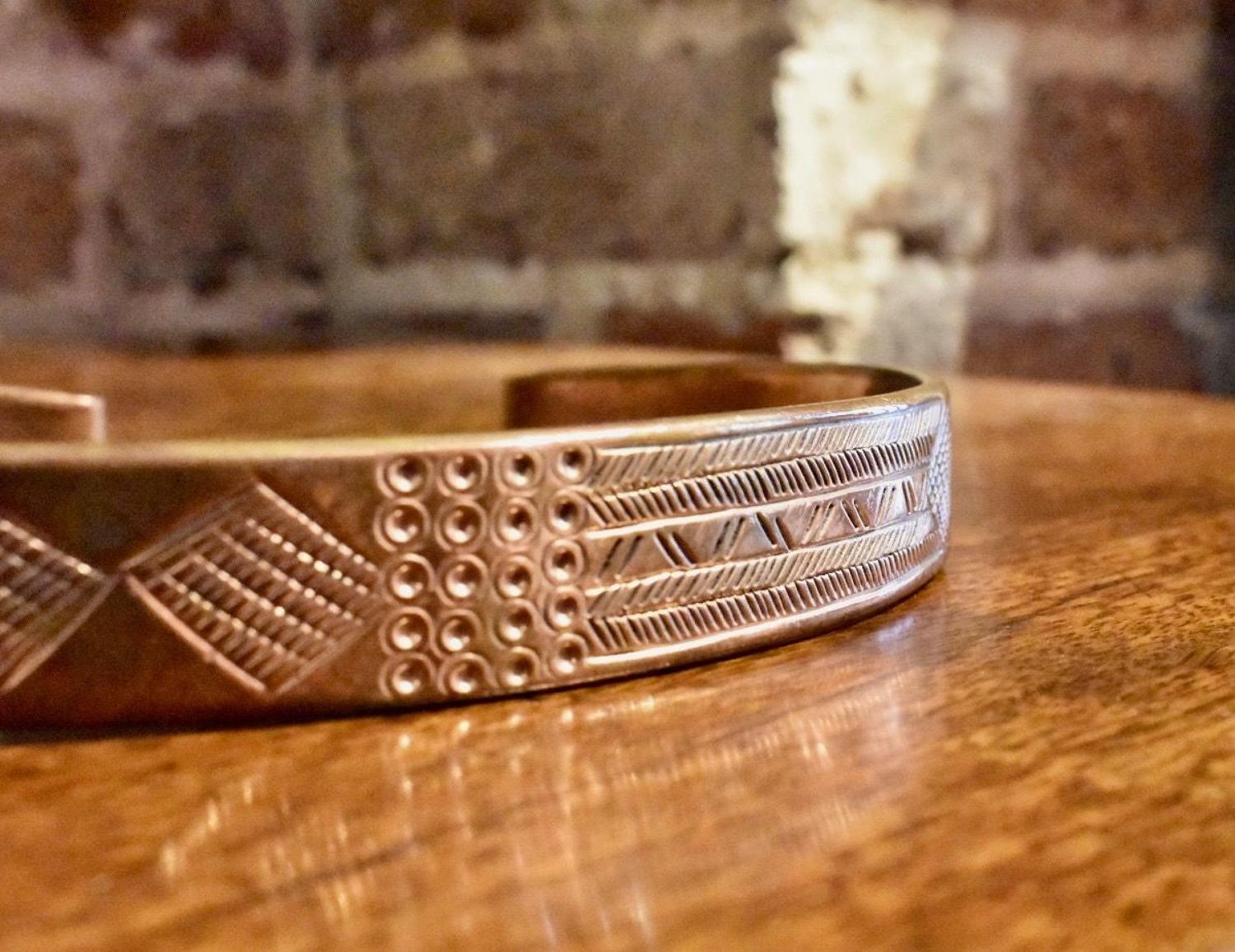 Dating from the early 20th century, a tribal neck torque or ring beautifully crafted from heavy gauge copper and decorated with punched and scratched geometric designs. Worn as jewellery, such pieces were also highly prized as prestige objects to display the owner's wealth and power.  They were used as currency or as a dowry. Origin: Oromo people, Ethiopia. 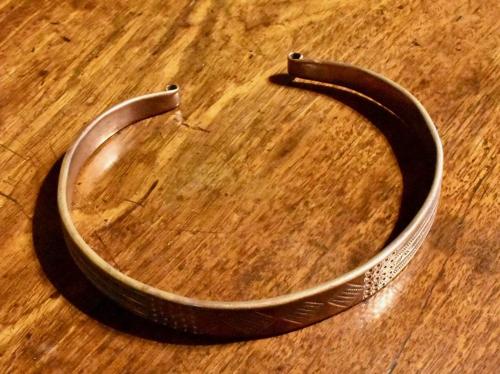 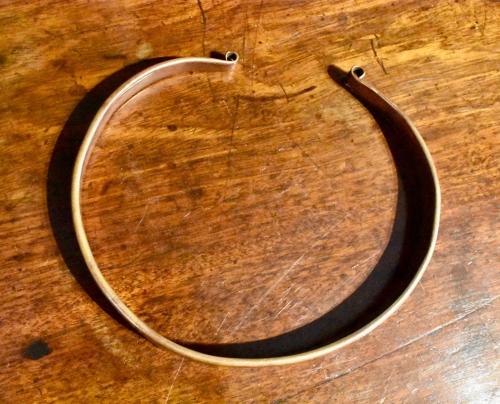