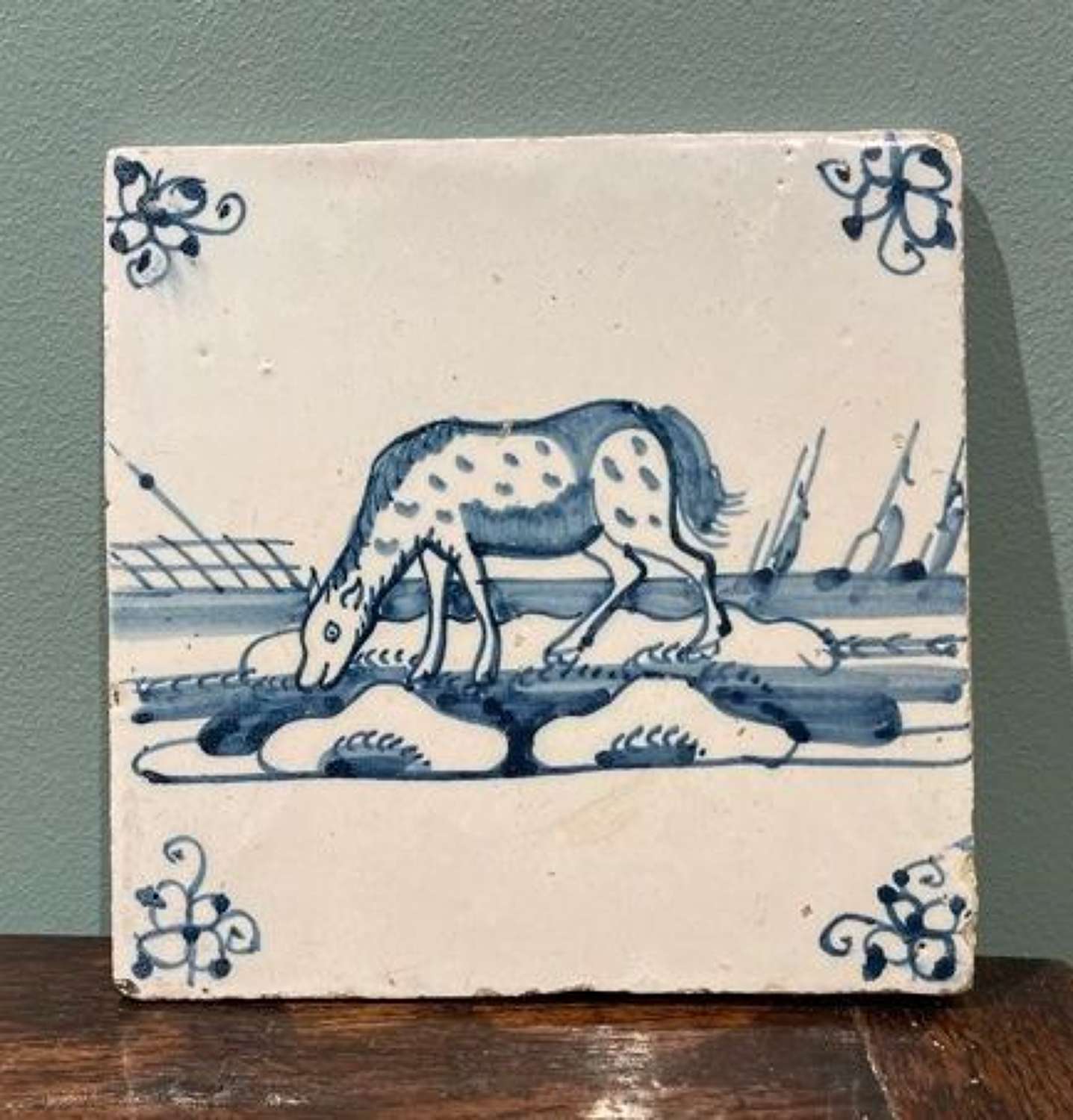 An 18th century Dutch Delft tile depicting a spotted horse in a landscape with boats in the distance and four 'spider' or 'bee' motifs. Dutch. Circa 1780.

In mid-18th-century Europe there was a great demand for horses with the complex leopard-spot pattern among the nobility and royalty. These horses were used in schools of horsemanship, for parade use, and other forms of display