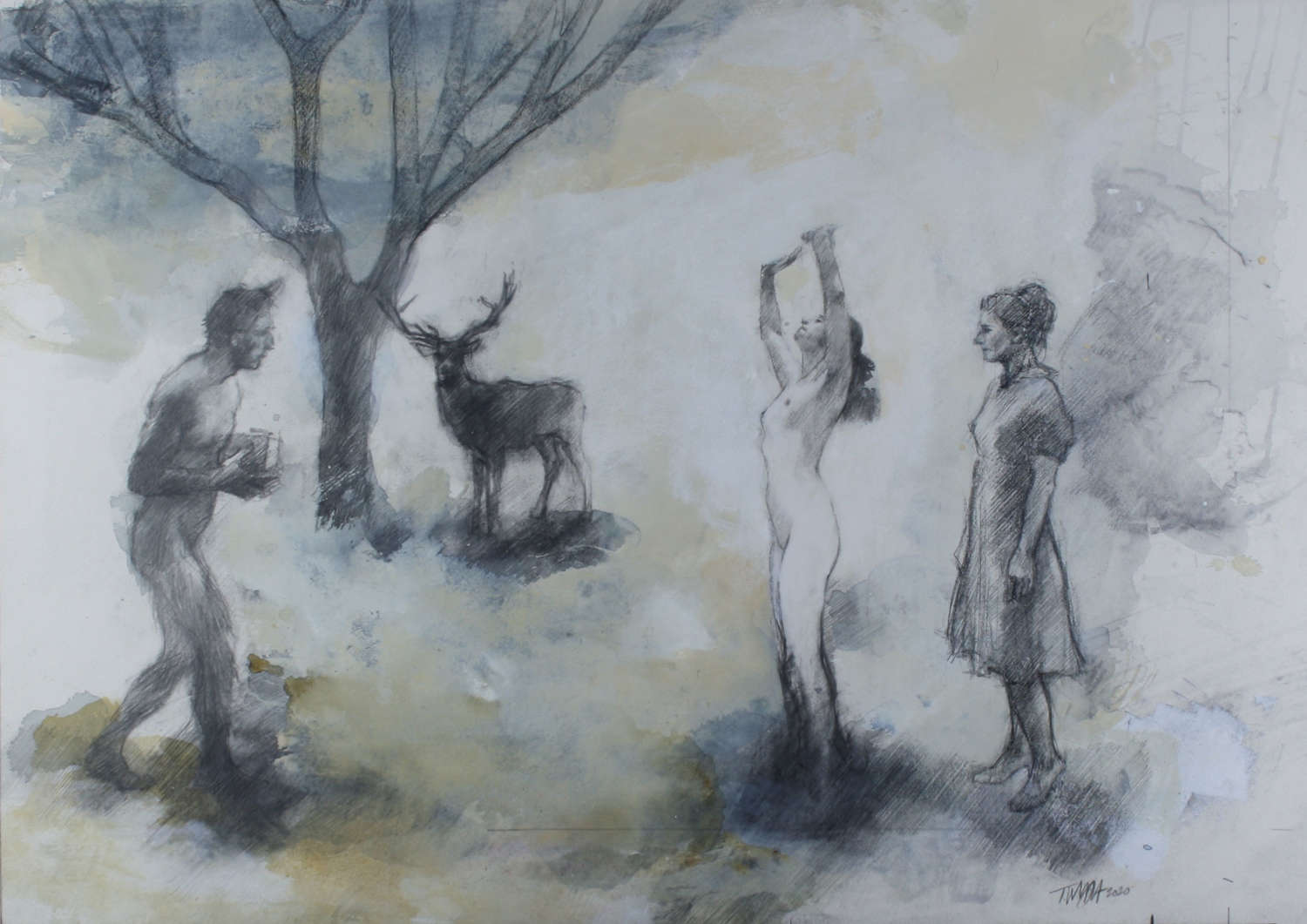 Watercolour, chalk and graphite on paper.