A jaunty and highly decorative pair of late 19th century 'Art Pottery' two-handled vases featuring incised ornament, owls and floral motifs in bold enamels on a chocolate brown ground.  Such pieces were traditionally made in village of Heimberg in the Canton of Berne, Switzerland and became known as 'Paris Ware' or 'Paris Majolika' after the Paris International Exhibition of 1878 when many pieces of this type of manufacture were on display.  A striking pair of vases remaining in excellent original condition.  Circa 1880-90.

Similar examples can be found on display at the V & A. 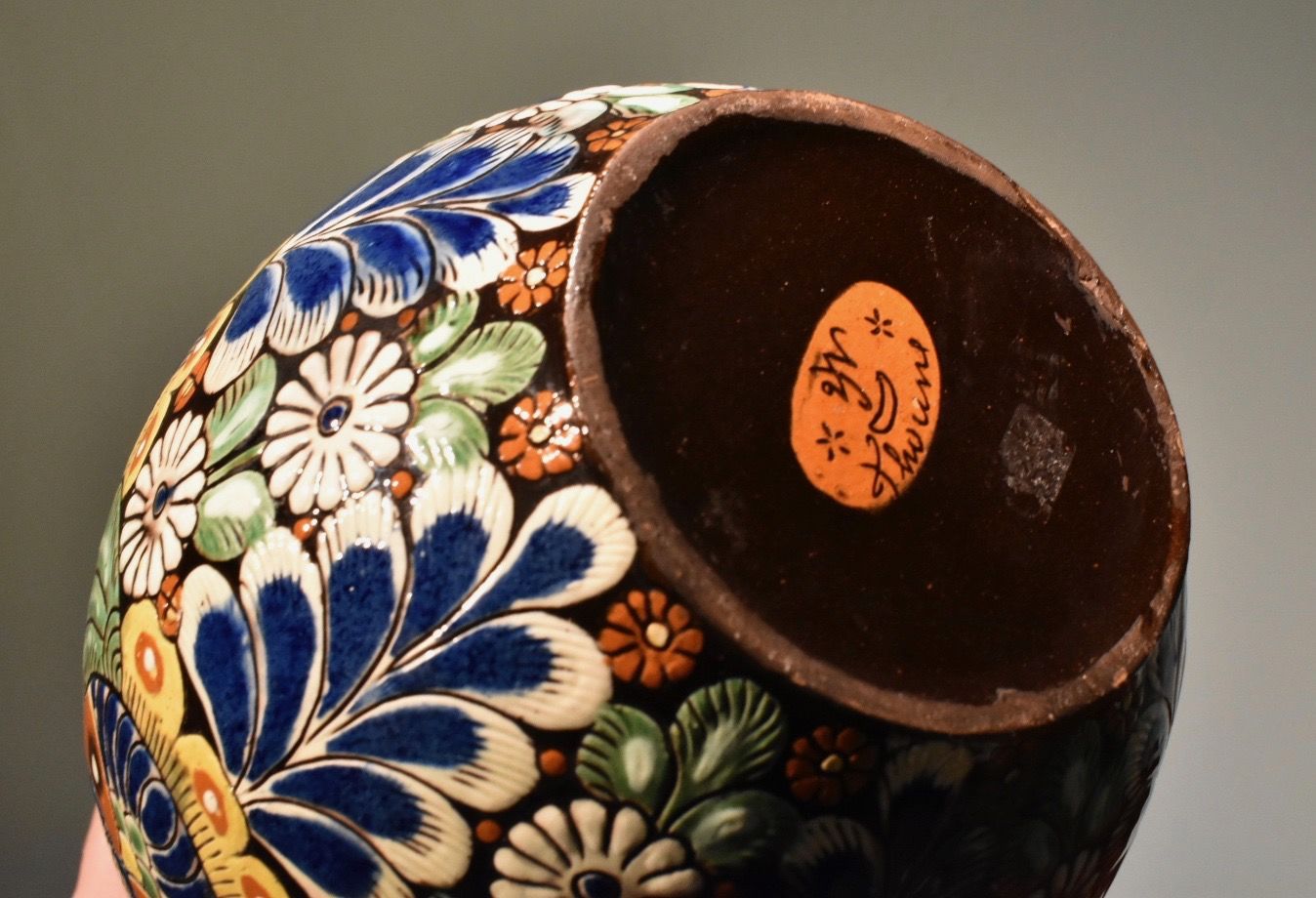 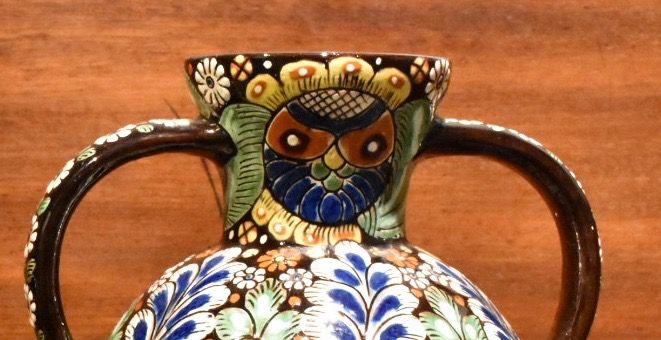 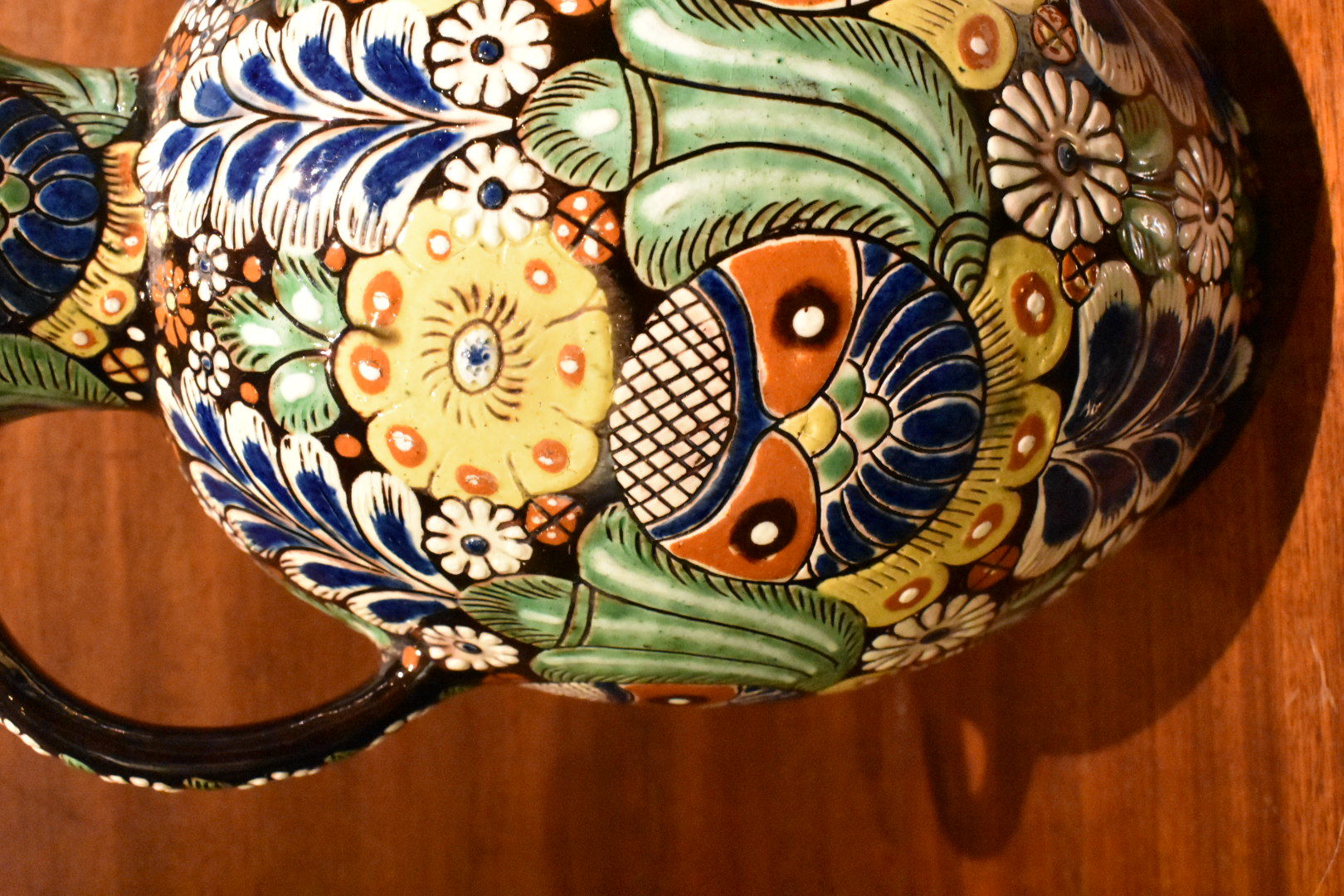 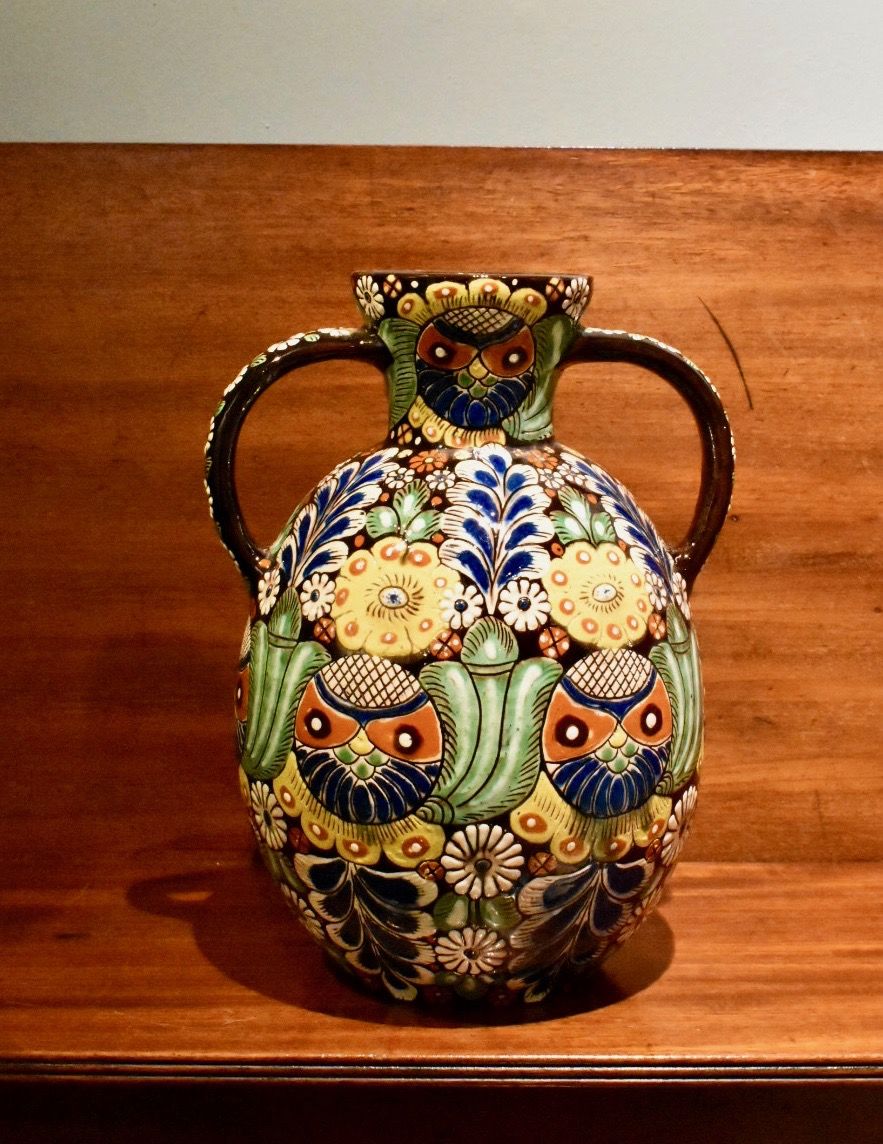